By sinclairpublicaffairs November 7, 2019 No Comments

Twitter CEO Jack Dorsey announced Oct. 30 that the social media platform would ban paid political ads, citing that political reach should be earned, rather than bought.

Paid ads are vital to political campaigns. With Twitter’s decision, candidates – and supporters – will have to find new ways to use the platform to influence potential voters.

Candidates will need to create more personal content from their accounts – including videos, graphics and more. Without the ability to specifically target accounts, candidates could potentially publish content to build more followers, through more posts and hashtag usage.

Although yet to be seen, Twitter’s ban on paid political ads has the potential to favor incumbents – particularly those with larger followings. Popularity will have more of an impact on Twitter, which benefits current elected officials and candidates with name recognition.

The ban will change how candidates – and outside organizations – run campaigns. Look for candidates to be more active on this platform, reaching out directly to voters and casting a wider net with content.

In mid-September, Facebook announced its intent to strengthen regulations for digital ads.

The regulations apply to any advertiser promoting ads about social issues, elections or politics in the U.S. According to Facebook, social issues include: civil and social rights, crime, economy, education, environmental politics, guns, health, immigration, and more.

Starting this week, Facebook will require organizations to confirm their identity, and meet new requirements for “Paid for by” disclaimers, otherwise their ads will be paused. To prove your identity, you will have to confirm you live in the U.S., and provide either a passport, driver’s license or state ID.

The more important change is for disclaimers. Along with a U.S. street address, phone number, business email and website matching the email, an organization must provide one of the following:

Prior to Facebook’s regulations, organizations and businesses could run ads without being linked to them, which was beneficial for businesses who wanted to hide their political involvement.

With these regulations, organizations and businesses won’t have the same cover, forcing them to pick and choose where and when to advertise for certain causes.

Twitter took a stand, but will have to navigate the effects of its decision, including attempts by candidates or others to circumvent the ban. Likewise, Facebook decided to allow issue ads, but will have to enforce their regulations.

For years, the internet has been a gray area for political advertising with little to no regulations. This is unlike print and television media – which have stringent requirements for running social issue ads.

Transparency was severely lacking online – internet users viewing ads would have no idea who the ads were from, which hurt credibility. Facebook’s new rules will make online advertising more transparent – which is a win for all involved.

The internet has been a difficult space to navigate with digital ads, and it’s time regulations followed those in print and television. Although more needs to be done at the state and national level, Sinclair Public Affairs commends Facebook for creating these ad requirements, which are a needed step in the right direction.

Despite the lack of regulations, Sinclair Public Affairs has always encouraged clients to include a disclaimer on online ads. We work in the best interest of our clients and the voting public, and using disclaimers is another way of doing that. 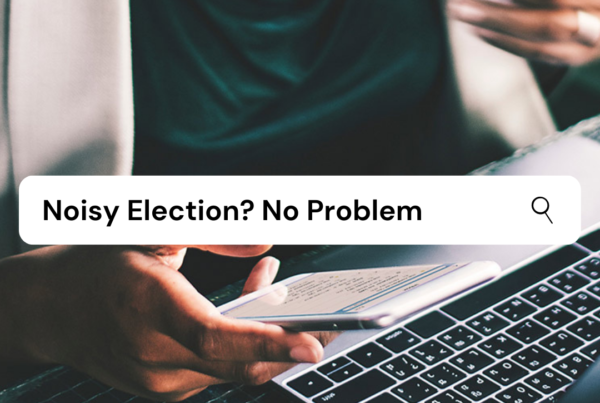